Are you exuding Professionalism?

Are you exuding Professionalism?

Q: So just what is it you do again?

A: The question above of course needs a little context to make sense, so let me give it to you in an abbreviated version:

My business is in the middle of a big, new project. It is very exciting and as part of the process, we put out a Request For Proposal (RFP). I had no shortage of businesses that wanted the work, received a lot of inquiries, and some great proposals.

Once we culled through the proposals, it was time for interviews. Some were in person, but this being the era of virtual work, others were over the phone as we spoke with firms in states far away who might offer what needed.

It was during one of those phone interviews where I received the question above. I had spoken with the VP development at this company a few times, was fairly impressed, so we set up a call with him, his team, his boss the owner, and me and my team.

I felt bad for these guys (sort of) as it was one of those cases where Mr. Murphy and his law came into play:

•They internally scheduled the wrong time for the call (we are on one coast, they were on the other coast)

•Once the call started, 15 minutes late, two of the folks on their end couldn’t find the website we had asked them to review with us on the call

•The boss was not on the call at the start and they scrambled to find him.

Finally, 10 minutes into a call that was already starting 15 minutes late, the boss jumped on the line. He didn’t really know the purpose of the call, or who I was, or what we were doing, and so asked “So just what is it you do again?”

This, after we had spent at least an hour over the previous month going over things with his VP and it was his VP who wanted him on the call.

Needless to say, without seeming too rude, we cut the interview short not long after that. If they weren’t ready for a callback interview, what sort of job would they likely do if they even did get the gig? Not a good one, that’s what.

All of which is to say that this incident reminded me of the need for professionalism and preparation in business.

The truth is, we are also living in a time of short attention spans, hyper activity, and, I think, quicker judgments. If you don’t impress a potential new client or customer right off the bat, they are very likely not going to give you much bandwidth, let alone a second chance.

Being professional takes all sorts of forms today:

•It means having a great website. I would suggest that these days, people will check out our website before they check you out in person. If they don’t like what they see, you may never know that they were even interested in your services in the first place.

•It means looking good online in other ways: They may also check out your LinkedIn profile or Facebook page. What will they find when they locate yours?

•Are there online complaints or compliments about your business in the blogosphere, or on Yelp, etc?

•Do you respond to emails promptly, professionally?

And of course this does not even include all of the traditional ways that people make judgments – what does your shop look like? With whom else do you work with? Are there typos in your communications? Does your receptionist make a good first impression? Does your sales team follow up? Do you know who it is you are talking to on the conference call?

Being professional seems like a given, but the fact is, it is not. There is more completion than ever out there now and no shortage of other companies willing to go the extra mile and do their best. If you are not, you are in trouble.

Today’s tip: “A customer is the most important visitor on our premises, he is not dependent on us. We are dependent on him. He is not an interruption in our work. He is the purpose of it. He is not an outsider in our business. He is part of it. We are not doing him a favor by serving him. He is doing us a favor by giving us an opportunity to do so.” — Most often attributed to Mahatma Gandhi.
By Steve Strauss, for USA TODAY 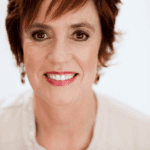